After visiting Ladakh in September 2016, I had a desire to visit Himalayas once again.  When WeChitra announced a photography tour in Bhutan in April, 2017 I was glad to enrol myself.  It was the first photography tour planned by WeChitra and Abhishek Singh and Rohan Dhawan were the mentors.  As I had been with Abhishek Singh in Ladakh tour, I thought it will be worthy to go on travel fulfilling my wish to be in a Himalayan Kingdom and improve photography skills.

Bhutan is a Himalayan Kingdom bounded by India and China.  The land locked South Asian country is a Buddhist nation, introduced the concept of gross national happiness as development.  Bhutan king introduced Television in the year 1999 with caution that its misuse may erode traditional values and culture of the nation.  To maintain tradition and strong nationality feeling wearing ethnic dresses is must in public places, Buddhist religious buildings, government offices, schools, official functions and public ceremonies.

The King also declared that to maintain ecological balance 60% of nation’s area should be under cover of forests, 40% as national parks, reserves and protected areas.  It is rich in biodiversity, with hundreds of species of wild life, birds and plants.  Reading about Bhutan I got very excited to tour the nation for a week and capture not only the landscapes but culture and wildlife.

I will be sharing my pictures of Bhutan every week for few weeks.  Hope you all will like them.  Thanks for visiting my blog. 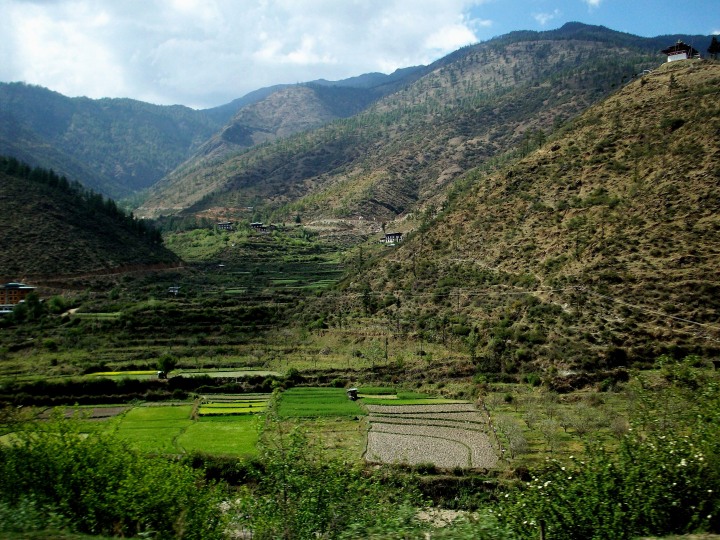 One thought on “A Kingdom in Himalayas – Bhutan”

I am a person with varied interests. Reading is my hobby. Writing is aspiration. Photography is a recent passion. View all posts by shivasiddula